When my Porsche 996 had warmed up I found that there was a pronounced knocking sound from the front driver's side suspension when going over bumps. I also noticed that when driving at motorway speeds or on rough roads the steering was very disconcerting with the wheel being thrown from side to side.

From reading various forums and blog posts there were various suggestions for the knocking sound which could be the drop links, coffin arms or top mounts, all of which look to be the original 1998 vintage parts still in place.

During the free healthcheck at Porsche Centre Tonbridge it was noted that there was slight play in the Track rod ends/Tie Rods on one side so I decided that I would replace all both the track rod ends and inner tie rod joints to resolve the problem.

On removal from the car it was obvious why the steering had been so uneven and pulling side to side as one inner tie rod was completely corroded in place with the ball joint unable to move. The other was the one with play in it and showed slight movement. The rubber boots of track rod ends were both perished and the grease lost as well as the bearing being very loose. 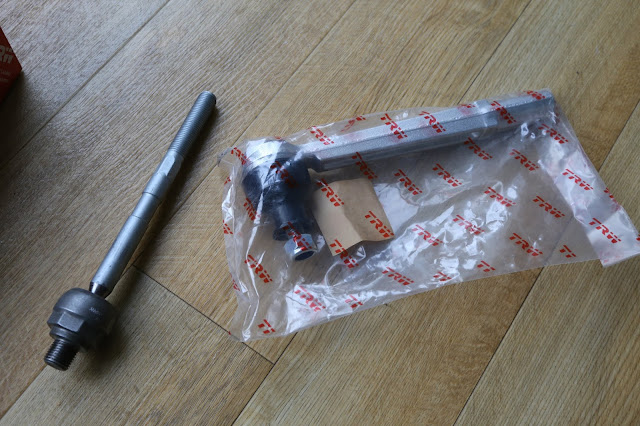 I purchased brand new TRW parts to replace both track rod ends and inner tie rods which came to a total of £90. Compared to the £90 for one track rod end for my Porsche 944 this seemed a bargain! 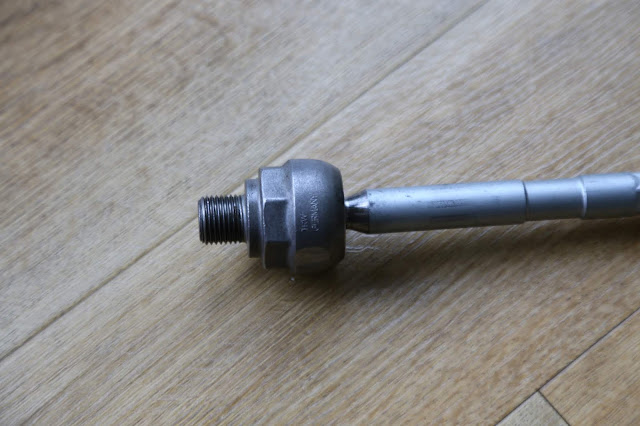 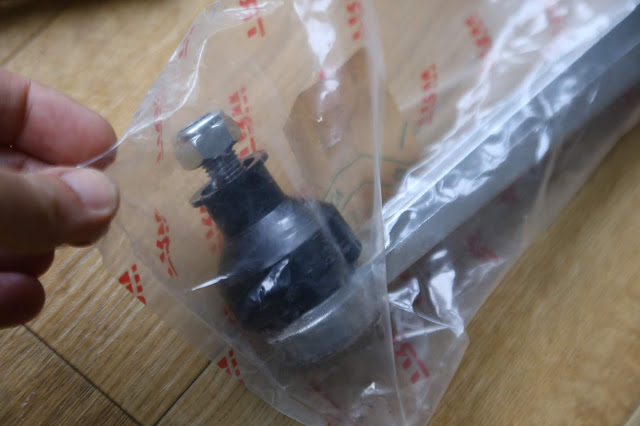 After replacing the track rod ends and tie rods on both sides the transformation is amazing! The car no longer feels like it's wallowing all over the road, the steering is precise and untroubled by rough roads or bumps. 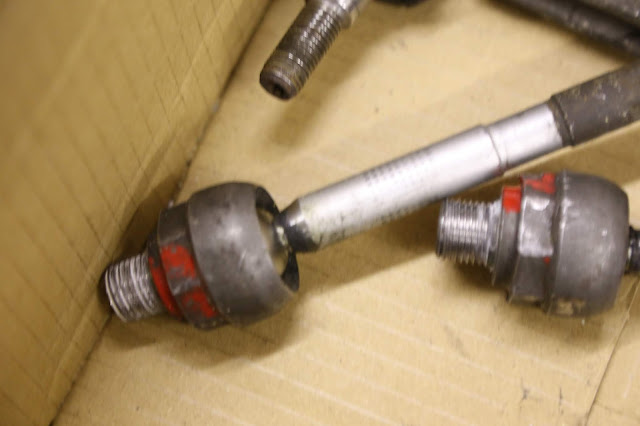 Overall it actually is pleasant to drive on the motorway again as it now feels reassuring and controlled rather than feeling unsure which direction the car could swerve without input. So if you are experiencing similar problems with the steering knocking, feeling very unstable over bumps and on rough roads then I'd suggest checking your track rod ends/tie rods as one culprit.
Even if they show no sign of play then it may still mean that the joint is beyond repair and seized as that was the side that was making the knocking noise on my Porsche 911.