On investigation that was indeed the case with my car with one condenser showing dark patches over half the surface indicating where the gas/oil mixture had leaked.

I took the car to my local garage to get the air con checked, I assumed it was empty but wanted to be sure that I wouldn't release any gas by opening the system. As expected there was no gas in there so it was safe to get started.

The first step is to remove the front bumper, a fairly easy job with the removal of various screws in different positions around the front area.
Once the bumper is off the job is straightforward, remove the plastic air scoop housings in front of the radiators by undoing five Torx T25 screws and you now have access to the condenser and radiators. This needs to be done on each side - there are 2 condensers and radiators on the 996 and Boxster.
REMEMBER - before you these steps ensure the system is degassed and has no pressure.
When you have access to the condenser it's just a 6mm bolt that attaches the pipes to the condenser. Make sure that you support the pipes as you undo them to avoid damage.

Once the pipes are removed it's a simple case of removing 2 more Torx T25 screws and the condenser comes off the car. Clean up the radiator of any debris and the new condenser can be fitted ensuring that you use new O rings for a good seal. 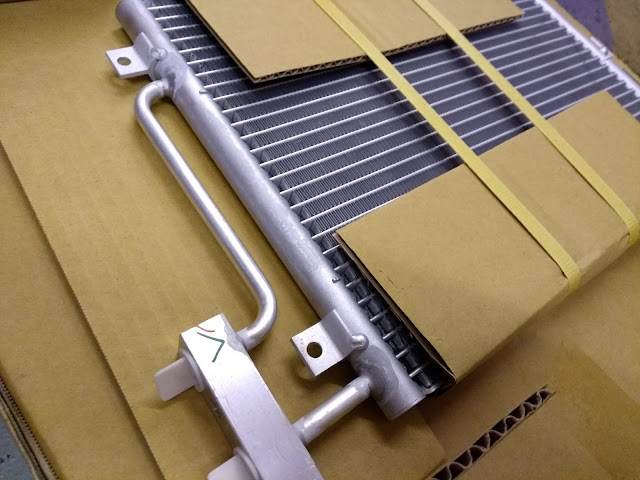 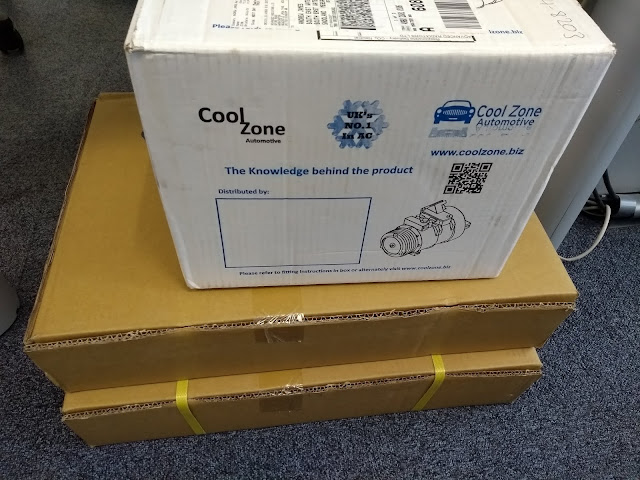 Photo below shows the new Air Con condenser fitted to my Porsche 996.

I've replaced both air conditioning condensers along with the receiver/dryer at a total cost of £92 thanks to Coolparts UK on Ebay https://www.ebay.co.uk/usr/coolpartsuk

Since the pictures were taken I've had the car regassed and it's fixed the problem, the air con is now icy cold and definitely working!